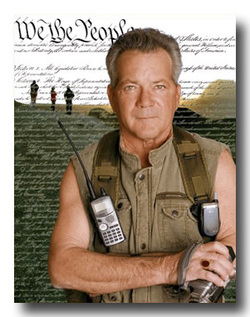 This group was created in 2004 by Jim Gilchrist.  They advocate for the enforcement of the immigration laws that are in existence. “Operating Within The Law To Support Enforcement Of The Law.”  They have had many questionable ways of dealing with illegal immigration such as stopping aid for illegal immigrants.  They helped to stop Humane Borders and the Mexican government from supplying maps to aid immigrants in getting entry to the US.  The maps would have showed the minutemen exactly where immigrants would be, the maps showed water stations and rescue beacons.  The minutemen also had a fake murder video put on youtube, supposedly showing two minutemen shooting a person and making derogatory comments while doing so.